SKEPTA, British rapper and one of the icons of the urban musical genre in Europe, together with Havana Club, are proud to present a new chapter of their collaboration: Rum of Skepta, a limited edition of only 3,000 bottles, made from exclusive bases of our wineries. First rum made from the direct collaboration between a Master of Cuban Rum and an artist of the urban genre.

Also record producer, Joseph Junior Adenuga, known artistically as Skepta, and Havana Club began this adventure in 2019, after the famous rapper's visit to the Island, of which he was impressed by the deep ties between Cuban traditions and those of his own: Yoruba heritage from West Africa. As a result of that connection, two special editions of the Havana Club Añejo 7 Años were born in the summers of 2020 and 2021, whose labels captured that cultural richness.
Now comes Rum of Skepta, representing the pinnacle of a journey that has paid tribute to the creative impulses, inner strength and power of the community. It marks an exciting chapter in the history of Havana Club, seeing a musician work alongside Cuban Rum Master Asbel Morales, to create a unique and singular product, as well as continuing to demonstrate the richness and versatility of this Cuban rum through the innovation.
Tasting Notes.
Color: Deep, bright and transparent amber.
Aroma: very fruity, which lasts a long time on the nose and also lasts a long time on the palate.
Flavors: The fruity notes detected on the nose can be identified and confirmed on the palate, a full-bodied rum with a very long aftertaste.

To make comments you must Login. 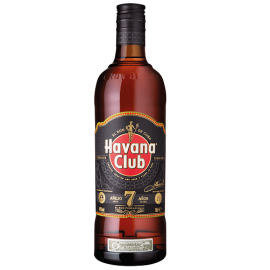 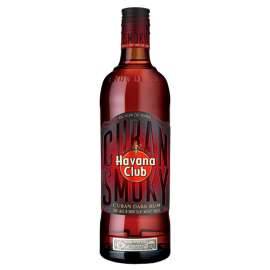