Ballantine's is a Scotch whiskey made from a blend of malt whiskeys and grain whiskeys. Created in 1910, Ballantine’s Finest is the oldest of their current blends.

In 1827, George Ballantine opened his first store in Edinburgh and by 1910 the family created Ballantine’s Finest, the oldest of their current blends. Ballantine's is a Scotch whiskey made from a blend of malt whiskeys and grain whiskeys. The exact blend of the different whiskeys is a company secret and is only passed down between generations of Master Blenders.

DID YOU KNOW…?
True craftsmanship lies at the heart of Ballantine and the quality of the finished whiskey is largely based on the art of Master Craftsman Sandy Hyslop, who represents the fifth generation of Masters who have worked for Ballantine's since its inception (over 180 years ).
Part of the key to Ballantine's success has been in the use of two unique distilleries, these are: Milton Duff and Glenburgle, which helped form the foundations of the Ballantine family's whiskey style.
It is aged for at least three years, complying with the standards established for Scotch whiskeys. The iconic Ballantine’s Finest bottle was created during Prohibition. Their rectangular shape allowed them to be hidden in suitcases, and in this way they were sold during this period of strong restrictions.

No comments have been registered.
To make comments you must Login. 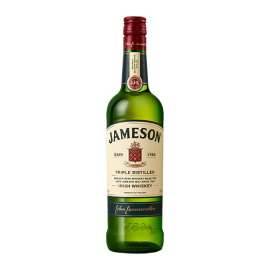 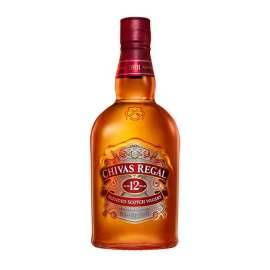